The Red Arrow Diner first opened its doors in Manchester, NH back in 1922!

The original founder was David Lamontagne. At one point in time, there were a total of six Red Arrow locations throughout Manchester and Nashua, New Hampshire. The name Levi Letendre also goes hand-in-hand with the Red Arrow. Levi worked for the Red Arrow for many years, then eventually bought it from the Lamontagnes, and ran it successfully until his retirement in 1978. His legacy continues to carry on at the Red Arrow. 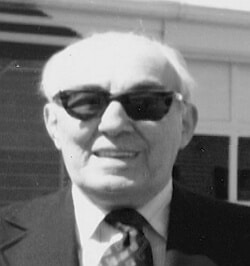 The local diner is often the focal point of the community, and the Red Arrow is certainly no exception. We have always been on the cutting edge in the diner area. In May 1998, we made the decision to go ‘smoke free’. This was absolutely unheard of in the restaurant business, but we researched the concept and believed this was the future of dining. Although it was a little nerve racking, especially when we were picketed in the wee hours before we went smoke free! Then in September of that same year, we were voted “One of the Top Ten Diners in the Country’ by USA Today. To this day, people travel from all over the world and include the Red Arrow Diner on the list of places they must visit. Ask to see our guest book or read the framed news articles from as far away as California! In 2000, the Red Arrow Diner was finally named a Manchester, NH City Landmark! 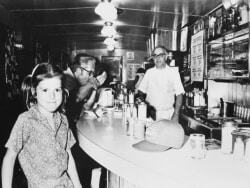 With all of our success, and perhaps for reasons we cannot easily explain, all kinds of celebrities flock to our doors. From Paul Newman to RuPaul, the diner walls are literally overflowing with framed pictures of our famous visitors! We are a favorite of Manchester’s very own Adam Sandler, of whom we are extremely proud. Be sure to check out his movies Eight Crazy Nights and Grown Ups 2 to spot the Red Arrow Diner! When Bare Naked Ladies came to town, they were so impressed that they wrote and performed a song about the Red Arrow Diner on stage at the Verizon Arena. Local musician Matt Farley also recorded a song about the Red Arrow Diner on his CD, Moe’s Haven. In 2007, we hosted Guy Fieri, host of the Food Network show Diners, Drive-Ins, and Dives. His visit brought a national spotlight to the Red Arrow Diner and helped us share what makes our diner so unique. Our episode featured our signature Blue Plate specials (which are served on an ACTUAL Blue plate), delicious cream pies, whoopie pies and our very own homemade Dinah Fingers (between the three diners we make over 600 each week!).

Beyond Hollywood, the Red Arrow Diner also is a hot spot for politician visits. During the last primary, most of the candidates stopped in for a visit, and many of them returned for a second or third time! We even saw the likes of Diane Sawyer (very tall, by the way), who immediately eyed our basket of Dinah Fingers. Needless to say, Red Arrow Diner is a favorite for all walks of life and a wide variety of palates! In October of 2008, my dad and I opened a second Red Arrow Diner on the oval in Milford, NH with great success. We also operate J’s Tavern, a sports bar right below the Red Arrow Milford location. J’s Tavern has a menu all its own and offers a gorgeous deck overlooking the Souhegan River. The J stands for my son, Jesse, who you see in our Red Arrow Diner logo as well as here on the back of the menu. 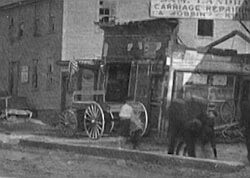 Our delightful diner history continues to unfold. In 2015, we opened our third location in Londonderry, conveniently located at Exit 5 off of I-93 in a state-of-the-art travel plaza alongside a New Hampshire Liquor & Wine Outlet. In 2016, we began plans to open a new location on Loudon Road in Concord. After nearly a year of working alongside contractors and designers to create a genuine Red Arrow Diner atmosphere, our fourth and largest location opened in July 2017! The Red Arrow Diner Concord is conveniently located off Exit 14 of I-93.

The Red Arrow has undergone many transformations since the early days, but one thing will never change. We are committed to the time-honored tradition of bringing you a delicious home-style meal with the highest of standards in quality and consistency. This is how the Lamontagne Family began the Red Arrow Diner way back in 1922, and how our family will carry on for many years to come.

Our Pledge: To Create, Cook and Serve, with Consistency and a Smile, the Most Palate Pleasing Diner Eats Known to Mankind.