The Red Arrow Diner is dedicated to providing safe dining. Click here to read our preventative measures in response to COVID-19.
Red Arrow Diner Owner Named Restaurateur of the Year 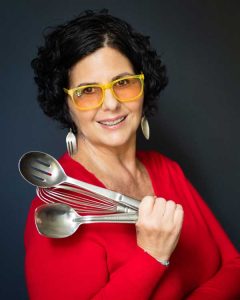 Manchester, NH – Red Arrow Diner is proud to announce that its owner, Carol Lawrence, was named Restaurateur of the Year in the 2018 Stars of the Industry Awards presented by the New Hampshire Lodging and Restaurant Association (NHLRA).

According to the NHLRA, the awards recognize individuals who have achieved significant success and growth in their establishments; who have supported the industry and its concerns on national, state or local levels; who have provided opportunities for growth for their personnel; who set the standard for customer service; and who embody the spirit of hospitality.

“I am humbled to accept this prestigious honor from our state’s leading hospitality association,” Carol Lawrence said in response to the award. “I began my hospitality journey working at our family’s restaurant Belmont Hall so I have transferred so much of that family atmosphere and comradery to the Red Arrow Diner. For this reason, this award is really a testament to all of our employees and what we have accomplished over the years together, side by side. I am extremely grateful to be included among this year’s honorees, all of whom I truly admire.”

Carol Lawrence has over 30 years of experience managing various restaurants, including her own. She has earned national exposure through print, television and radio media as well as expanded the Red Arrow Diner brand to four locations across New Hampshire. Even in the infamously competitive hospitality industry, Carol continually advocates collaboration to build a thriving economy that benefits everyone and finds various ways to support her colleagues and their locations. Among her many charitable interests, Carol and the Red Arrow Diner are avid supporters of the annual Tower of Toys holiday fundraiser, Make-A-Wish NH, and Perkins School for the Blind. She also conducts countless fundraisers through her diners and provides generous donations for a wide variety of causes.