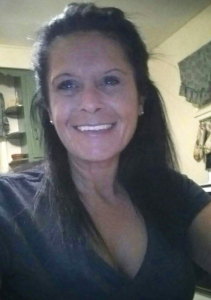 Londonderry, NH – Red Arrow Diner has announced its Londonderry, NH location will donate ten percent (10%) of its sales on Thursday, September 21st to help a beloved employee who has been diagnosed with cancer.

Kathleen Mangano – or Kathy as she’s known to her family, friends and regular customers – has been a server at Red Arrow Diner’s Londonderry location since 2015. Kathy was recently diagnosed with stage four brain cancer. A single mother of three, Kathy has always worked hard to support herself and her family. As she prepares for the fight of her life, she continues to work her shifts at the Red Arrow Diner in order to pay for surgery, chemo treatment and radiation.

Kathy’s daughter, Danielle, who also works at the Red Arrow Diner Londonderry location, set up a GoFundMe page in hopes of raising money to go toward her mother’s healthcare costs. On the page, she writes “My mom is the most caring, loving independent woman I know. She has raised three kids on her own and fought through struggles most of us never want to imagine going through. I want to raise money so I can set her mind at ease and let her know that she needs to put herself first.”

Upon hearing of Kathy’s diagnosis, the Red Arrow Diner management knew they needed to do something to relieve some of her financial burden. The restaurant invites its loyal diners to stop into its Londonderry location for breakfast, lunch, dinner or dessert on September 21st to help Kathy wage her personal war against cancer. Red Arrow Diner Londonderry will donate 10% of its sales made for the day to Kathy’s medical expenses. In addition, Red Arrow Diner’s Manchester, Milford and Concord locations will match the sales made in Londonderry so each purchase has 4x the healing power.

To learn more about Kathleen Mangano or to donate to help raise money towards her medical bills, visit: www.gofundme.com/kathys-fight-against-cancer.*

*Updated June 2018 – The Go Fund Me campaign has ended. Thank you to everyone who supported Kathy’s fundraiser! Your generosity and caring is heartwarming and very much appreciated.