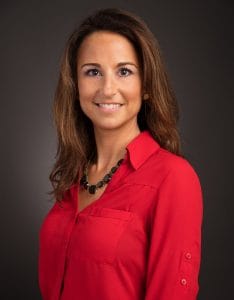 Manchester, NH – Red Arrow Diner is proud to announce that its Chief Operating Officer, Amanda Wihby, was named Restaurant Employee of the Year during the 2017 Stars of the Industry Awards presented by the New Hampshire Lodging and Restaurant Association (NHLRA).

According to the NHLRA, the awards recognize individuals who have achieved significant success and growth in their establishments; who have supported the industry and its concerns on national, state or local levels; who have provided opportunities for growth for their personnel; who set the standard for customer service; and who embody the spirit of hospitality.

“I am excited and humbled to accept this wonderful honor,” Ms. Wihby said in response to the accolade. “The daily challenges of the hospitality industry are truly motivating and I’ve come to embrace the unexpected. We have amazing ownership, employees and customers that make this position extremely rewarding.”

Prior to joining Red Arrow Diner in 2010, Amanda worked as the Marketing and Office Manager for a commercial real estate company and also owned and operated her own catering business. She has spent ten years in the hospitality industry. Amanda graduated magna cum laude from Southern New Hampshire University in 2007 with a Bachelor of Science in Organizational Leadership and a minor in Psychology as well as History. In her spare time, Amanda loves to cook, travel and spend time with her beloved family; her husband of nine years, Michael, as well as her two daughters, Lyla (age 2) and Olivia (11 months.)